The world’s elite recently wrapped up its annual conference in Davos.  To commemorate the event, they released 36 quotable quotes in meme form.  You can find them here.  Incredibly, this is what the masters of the universe want us to think of them.  As hard as it is to choose a favorite, I think this is mine: 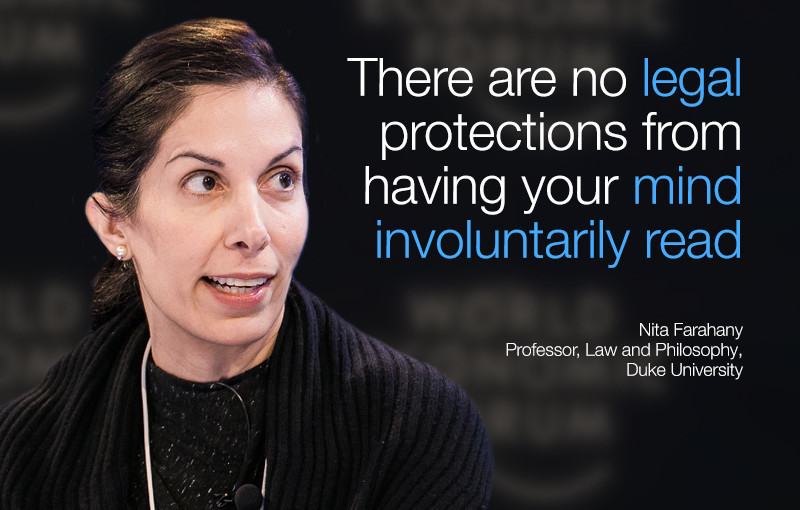 For those not following the case, Marquette University has decided to attempt to fire one of its tenured professors, John McAdams, for, well, something.  The letter by which the university informed McAdams of its plan is here. McAdams’ response to the letter is here. In summary, an undergraduate student was enrolled in a philosophy class which class was being taught by a graduate student, Cheryl Abbate.  The graduate student instructor asserted, one day in class, with little or no discussion, that gay marriage is an example of something that John Rawls’ Justice Principle protects.  After class, a student objected to her claim, counterclaiming that gay marriage is potentially harmful and thus not necessarily protected.  As their discussion unfolded, Abbate unburdened herself thus:

Ok, there are some opinions that are not appropriate that are harmful, such as racist opinions, sexist opinions, and quite honestly, do you know if anyone in the class is homosexual?  . . . Ok, well, actually you don’t have a right in this class, as –especially as an ethics professor to make homophobic comments, racist comments, sexist comments . . . This is about restricting rights and liberties of individuals. Um and just as I would take offense if women can’t serve in XYZ positions because that is a sexist comment . . . You can have whatever opinions you want but I can tell you right now, in this class homophobic comments, racist comments, and sexist comments will not be tolerated. If you don’t like that you are more than free to drop this class.

There is no debate about what Abbate said since the student recorded the conversation.

END_OF_DOCUMENT_TOKEN_TO_BE_REPLACED

One of my facebook friends regularly re-facebooks (re-posts?  re-tweets-except-facebook-not-twitter?) a Tea Party feed.  Evidently, our neocon friends are all bent out of shape.  Obama mansplained to the National Prayer Breakfast that ISIS wasn’t so bad because . . . The Crusades. END_OF_DOCUMENT_TOKEN_TO_BE_REPLACED

Women seem to really, really hate one another.

A while ago, Michael O’Hare, Professor of Public Policy at Berkeley, wrote:

School team nicknames have many strange conventions, especially the taste for war and predation. A game isn’t a war, or a fight!

It is easy to know that figure skating is not a sport and that biathlon is a sport. What is harder to know is why. The most common attempt at explanation is that real sports (like soccer or American football) do not involve judging. Which is kind of funny when you stop to think about it. OK, OK, subjective judging. But that doesn’t work either. The scoring in figure skating is no more subjective than the various tests used to make calls in American football. And what is more subjective than the decision of when to award a penalty kick in soccer? END_OF_DOCUMENT_TOKEN_TO_BE_REPLACED

Evidently, our good friends in Kiev have burned to death more than 30 protestors in Odessa.  Pictures of the handiwork of John Kerry and Victoria Nuland are here.  (Not for the faint of heart)

Suppose you were a wise, religious man living a century or two ago.  You see that modernity is here and that it will not be stopped.   You see the walls of civilization bowing, cracking, groaning before it.  You see pitiless, red eyes searching out enemies.  You see its thirst for fire and steel.  You see purity surrendering to its overripe sensuality.  What do you do?

END_OF_DOCUMENT_TOKEN_TO_BE_REPLACED

Prompted by this post, I became interested in the composition of the government the US has recently installed in Ukraine.  Below the fold is a table with all the cabinet officials and several non-cabinet officials who seem important.  END_OF_DOCUMENT_TOKEN_TO_BE_REPLACED

Evidently, the Conservative Political Action Conference (CPAC), the annual gathering of America’s conservative activists, just finished its annual convention outside Washington, DC.  James Kirkpatrick wrote two interesting articles for Vdare.com here and here.  Given Vdare’s bailiwick, the two articles are mostly about immigration and, thus, about the ongoing treason by “movement conservatism” against its rank-and-file supporters.

The articles discuss two related changes over time at CPAC.  First, the conference is increasingly overtly in service of its corporate sponsors.  Second, the conference is evidently being gradually taken over by left-libertarian ideologues of what sounds like the Brink Lindsey type.

Clearly, these are not unrelated occurrences.  Libertarianism is about the only coherent ideology which justifies what corporate America wants: free trade, high immigration, low taxes, and little regulation.  Thus, to the extent that movement conservatism adopts the policy goals of its corporate masters and also wants to present itself as “principled,” it is going to be libertarian.  Furthermore, given the impossibility of presenting oneself as racist, it has to be left rather than right libertarian. But this has serious knock-on costs for the GOP and for movement conservatism.  Left libertarians are a quite unpopular and unattractive bunch of people:

The young libertarians who are taking over CPAC have open disdain [for] most older members of the “movement,” loudly sneering and hissing during speeches by Rick Santorum and rolling their eyes at the antics of Sarah Palin and the like. END_OF_DOCUMENT_TOKEN_TO_BE_REPLACED

For the second time in a decade, the US foreign policy apparatus has conducted a successful coup against Viktor Yanukovych, the democratically elected president of Ukraine.  According to Victoria Nuland, the State Department bureaucrat who appears to be in charge of this effort, we have spent $5 billion on this.  Our goals, according to her, are to get Ukraine into Western Europe and away from Russia and to get her into debt with the IMF as quickly as possible.  She calls this “democracy.”

An interesting thing about this second episode is the gross incompetence of its execution. As events have unfolded, it is apparent to anyone paying attention that Yanukovych and Putin hold the moral high ground—the moral high ground by the ostensible morality of the liberals, I mean.  Yanukovych and Putin have steadily and throughout managed to side with democracy, the rule of law, and negotiated settlements, whereas the US has sided with a violent coup carried out by neo-Nazis, the abrogation of democratic elections, and the abrogation of the negotiated settlement of the rebellion.  The brighter precincts of neocondom are aware of this problem and are beavering away manufacturing excuses. END_OF_DOCUMENT_TOKEN_TO_BE_REPLACED