Epistemology became a major topic for analytic philosophers because they trace their intellectual origins to Descartes and the British empiricists. Descartes dismantles the foundations of his beliefs and then tries to rebuild them on certain grounds. Having used the method of doubt to tear everything down, including even mathematics, he finds irrefutable evidence of the existence of his own mind and then tries to prove that the “external world” exists. 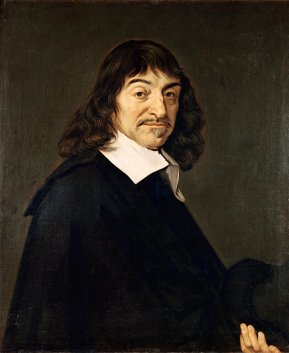 Strangely enough, analytic philosophers complacently flip between claiming that physical reality is the paradigm of the real and also thinking that the existence of the external world is questionable and in need of proof. It is the latter that drives the analytic philosopher’s interest in epistemology. END_OF_DOCUMENT_TOKEN_TO_BE_REPLACED

END_OF_DOCUMENT_TOKEN_TO_BE_REPLACED

Not, “how I became religious,” but “how I came to understand religion.”

It is extremely difficult for most moderns to negotiate the passage to the fundamentally spiritual perspective that all humans shared before the Enlightenment. At least, I found it so, for the longest time. Despite a number of spiritual experiences that I could nowise gainsay, I could make no philosophical sense of spiritual realities using the intellectual tool kit my Modern education had provided me. I got a lot of training in how to think about the physical, but I didn’t know how to think about the spiritual (or, for that matter, anything not physical). That made the spiritual somewhat incredible, and indeed somewhat scandalous. And this made it quite difficult to be wholeheartedly religious – to worship or say the Credo without invoking a string of philosophical hedges and equivocations that rather emptied the whole liturgical procedure of its numinous, compelling quality, and thus of its point.

Having no way to comprehend spiritual realities, I could not even understand quite exactly what the articles of the Credo properly mean, or what I was meant to be doing in worship. I now realize that I often encounter that same incapacity in atheist interlocutors. They don’t seem to have a way of understanding what it is that theists are talking about. So their arguments often miss the point entirely, and when theists point this out to them they simply can’t see that they are fundamentally misunderstanding the terms of the dialogue.

Modernity’s inadequacy to spiritual realities is echoed in its incomprehension of consciousness, agency, meaning, value, morality, and in the limit truth, beauty, and virtue – or their antipodes. Under its own terms, Modernism cannot account for these things, and must if it is to discuss them at all resort to unprincipled exceptions. This renders it incapable of coherent treatment of any of the basic aspects of life as it is actually lived and experienced. It is, in a word, unable to understand minds, or therefore persons, or a fortiori their lives.

Modernity does however comprehend bodies, better by an order of magnitude than any previous age. So naturally, and like any other successful weltanschauung, it wants to interpret everything under its own terms. It wants to make bodies basic, and reduce all experience to motions of bodies.

Modernism takes bodies to be utterly dead. It wants to say that everything is motions of those dead objects. But as is obvious to the most cursory consideration, the life of the mind is not a congeries of dead things, or of their lifeless collisions. It is an active, lively process. It is a series of happenings, a temporal assemblage of occasions, each of which – whether conscious or not – is in some degree alive to its past and intends some future.

[Of such lively intensions implemented in actual transactions among entities is the causal nexus that connects and relates disparate events constituted as a coherent integral world system.]

It is furthermore transparently obvious that no configuration of dead things can be alive. Only what is alive can be alive.

As incoherent, then, the Modern project of reducing life to motions of dead bodies is, not just doomed to failure, not just impossible, but strictly meaningless, ergo unthinkable: not even wrong.