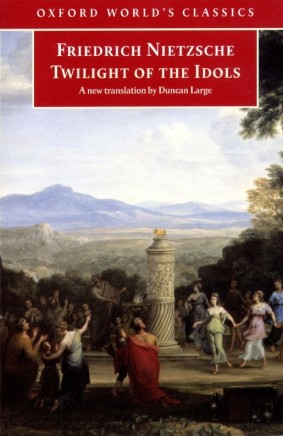 Friedrich Nietzsche is a strange mixture of conflicting impulses; so chronically sick that writing was a physical agony for his eyes and his stomach permanently bothered him, yet he wrote paeans to the strong and mighty. A brilliant analyst of resentment, he had every reason to feel ignored being unread during his lifetime and self-publishing books that he mostly could not sell. He admired Dostoevsky, which itself is admirable, writing in Twilight of the Idols that Dostoevsky was the only psychologist from whom he had anything to learn. Nietzsche first stumbled upon Dostoevsky’s Notes from Underground in a bookstore in Nice in the winter of 1886-87 and immediately loved it, though Dostoevsky never knew of Nietzsche. Notes from Underground is psychologically and anthropologically penetrating, exploring themes of mimesis and resentment that were of immense interest to Nietzsche.

Unlike Dostoevsky, there is something perennially adolescent about Nietzsche, perhaps because young adults are often trying to decide what values they should hold, often temporarily in contradiction to their parents, as they prepare to make their way in the world on their own. Nietzsche’s “transvaluation of values” fits this model nicely. There used to be a certain kind of young man magnetically drawn to Nietzsche’s mixture of cleverness, perversity, sense that he had a secret understanding of things, and man alone and against the world demeanor, and perhaps there still is. END_OF_DOCUMENT_TOKEN_TO_BE_REPLACED

Thomas Bertonneau’s last posting mentioned that René Girard states that the West is becoming simultaneously more Christian and less Christian. The liberal West has become hyper-aware of the possibility of scapegoating; of picking en masse on an innocent victim. But at the same time the anti-scapegoating message of Christ’s death – making us aware of the ways victims are killed to stop intra-group violence – is missed by the liberal if the victim seems to fall within the class of “persecutor.”

Girard notes in Violence and the Sacred that there are two traditional classes of victim. What one might call the upper and the lower. The lower include all the dispossessed; the POW, the slave, the handicapped, the foreigner; preferably, someone with no family to retaliate when the person is killed. In this manner, the West is more Christian. But the other class of victim found in probably all cultures is the upper; the king or his equivalent social position. When things go wrong, it seems logical to blame the person in charge even if in fact he is innocent. The king is already socially isolated because of his position. The king is exposed and can easily become the minus one against the unity of the mob.

The Christianized West has become aware and solicitous of the lower victims. We pass laws protecting the handicapped and “the weaker sex.” But the West is blind to its tendency to scapegoat anyone belonging to the class of supposed persecutors. It scapegoats with a clear conscience as unaware as any primitive scapegoaters of what they are doing. At times the liberal West makes the same mistake as Nietzsche. It imagines that single victims, the 1%, is the strong, the persecutor, and side with the mob against the few.