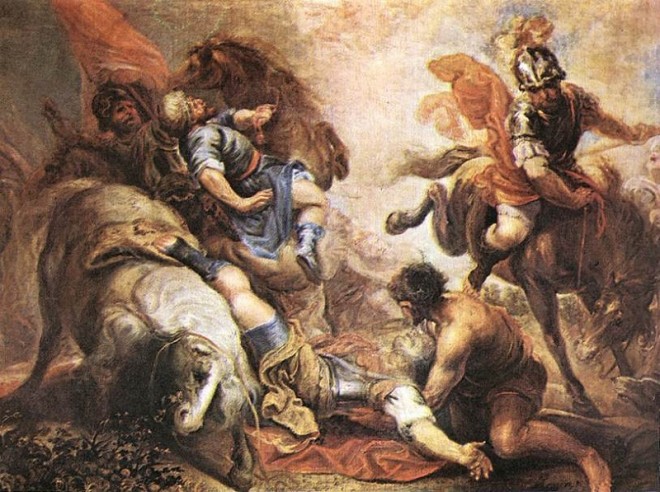 “Philosophy starts by doubting the reality of the perceptible world, of the world of objects and things.”[1] But this is not enough. Philosophical theory should be primarily concerned with the thinking subject, and the meaning and purpose of his existence. “Reality is originally part of the inner existence, of the inner spiritual communion and community, but it becomes degraded in the process of objectification and by having to submit to social necessities.”[2] “To exist, is for man to dwell within himself, in his own authentic world, rather than to be at the mercy of the social and biological world.”[3]

Like Plato, Descartes expresses skepticism about physical reality; in Descartes’ case, whether external reality exists at all, and whether we can have knowledge of it. He goes beyond Plato by discovering the knowing subject. Plato’s conception of noumenal reality is universalist and has nothing that is essentially personal about it. It is populated by hypostasized abstractions, the Forms, but also a living god – the Form of the Good. Descartes’ notion of the existential interior stops short at the subject as the thinking thing. Cogito ergo sum; I am thinking therefore I am. Who is this I? Descartes asks. He replies, a thing that thinks. Multiple problems are immediately evident. One is the severely restricted and inadequate spiritual vision. There is no beauty, justice, or truth, and no God. Another is the restriction of the subject to a thinking thing. Feelings and volition are as much a part of the subject as thought, but these are simply omitted. So, there is a subject, but it is truncated and misdescribed and it would take Kant to identify the existential subject with freedom and the phenomenal world with determinism, though Kant continues to associate the noumenal with the intellect alone. END_OF_DOCUMENT_TOKEN_TO_BE_REPLACED

Several students, reading Ivan Karamazov’s account of the suffering of innocents, particularly little children, in the The Brothers Karamazov, take God to task for allowing

this misery and declare his non-existence in the name of mercy and compassion. This empathy for the poor and downtrodden, the weak and the vulnerable, is perfectly Christian. Jesus befriended the anathematized, the tax collectors, who collected taxes for the Roman overlords, not for the benefit of local affairs, and the prostitutes, not the powerful and well-regarded. Jesus is God made man, taking on all the sufferings and misery of the human condition, dying crucified on the cross. A spiritual Messiah, rather than the conquering Messiah the Jews imagined who would rule the world.

The character Ivan, drawing on real-life accounts of horrors printed in the newspapers, read so assiduously by Dostoevsky, refers to a little girl who wet the bed and is locked in an outhouse in freezing weather with excrement smeared in her mouth as punishment, another little girl is beaten to within an inch of her life by her father with her mother’s approval, and the parents are acquitted by a jury for their abuse. A baby called Richard is given to shepherds who teach him nothing and scarcely clothe or feed him. They punish him for stealing food from the pigs. He is left to lead an animalistic life and once free of the shepherds gets into an argument and kills a man. Christian do-gooders teach him to read and write in prison, and familiarize him with the Gospels. Richard converts to Christianity. He is happy, all the “nice” people are happy. They agree he never stood a chance, they agree that he is sorry, the story of his conversion is publicized throughout Europe, and then they execute him. They are all happy because he “Died in the Lord.” Ivan describes babies being bayoneted by Turkish soldiers in front of their mothers, as way of terrorizing the population, and whose brains are blasted out with guns in their mouths after the soldiers have been playing with and cooing at them. Lastly, the child of a serf who lives in an estate owned by a general, throws a rock that accidentally hits a general’s favorite hound, wounding it’s paw. As punishment, the general strips the boy naked and sets his hounds on him, who rip the boy to shreds, killing him, while the mother was forced to watch. Unfortunately, all of these stories are of real events. END_OF_DOCUMENT_TOKEN_TO_BE_REPLACED