I had a lot of trouble with the Ascension. Every time I recite the Rosary, to take the most frequent example, I start with a declaration of belief: The Apostles’ Creed.

In saying the Creed, I assert a series of beliefs that are jarring to modern sensibilities, but not, for the most part, to me. I believe in God, and in his only begotten Son. I believe in his conception, by divine intervention, in the womb of the Virgin. I believe that, his body in the tomb, Christ descended into Hell. There is much here to ponder, but it is all comfortably within the assent of faith.

“[T]he third day he rose again from the dead …” This is the fulcrum of the Faith. Whilst the work of our redemption was done in the Passion, the sign of our redemption is the Resurrection. It is the incontrovertible revelation of the nature of Jesus Christ. “My Lord and my God.” I believe, unreservedly.

What is it then, in the midst of all these wonders, that makes for awkwardness about the Ascension? For one thing, it is the staginess of it. It is the levitating Jesus, who “was lifted up, and a cloud took him out of their sight.” (Acts 1:9.) It is the convenient cloud; it is the trapdoor into Heaven.

END_OF_DOCUMENT_TOKEN_TO_BE_REPLACED

Over at his Notions, our friend Bruce Charlton has commented upon the discussion here about the question, raised by our friend Francis Berger, whether the throne and altar have been superseded.

I think the ultimate question is something like this:

Is The Christian Church (in some sense of The Church) in-charge-of human salvation – or is salvation primarily a matter for each individual.

The answer is yes.

END_OF_DOCUMENT_TOKEN_TO_BE_REPLACED END_OF_DOCUMENT_TOKEN_TO_BE_REPLACED

The question arises from my recent correspondence with an orthospherean friend of many years – of many more years than there has been such a thing as The Orthosphere (most of you would recognize her name) – in which I learned that she, like me, has been thinking about death a lot over the last few months. I learned from her also of the recent suicide of a prominent pastor. That got me thinking.

END_OF_DOCUMENT_TOKEN_TO_BE_REPLACED

The morale of the West – and, thus, its capacity to morality under pressure, so then its economic vigor and geopolitical power – has throughout 2020 been assaulted on many fronts at once, more and more acutely. It is odd that things seem to have gone so badly in so many ways, all at the same time, and as it were in concert. The question naturally arises, whether that concert is orchestrated.

END_OF_DOCUMENT_TOKEN_TO_BE_REPLACED

[NOTE: This post is the continuation of the article — or sequence of linked essays — that begins in the post immediately preceding it. I published “Monstrous Theologies” in the mid-1990s in the journal Anthropoetics, but for this re-posting I have extensively edited and re-written it.]

III. Moore’s “Vintage Season” and Sacrificial Aesthetics. “Vintage Season” (1946) – attributed to Moore’s husband and collaborator Henry Kuttner but written in fact solely by Moore – deals with the creation of a work of art by an artist of the future who visits the earth in the immediate post-World War Two years, when the story was written.  But this act of creation is also an act of sacrifice, and the work of art that stems from the event has the character of an immolatory token. In fact, because “The Vintage Season” is a time-travel story involving the usual paradox, it resists any straightforward rehearsal. The basic elements of the narrative are, nevertheless, these: Oliver Wilson owns a house that three eccentric “vacationers” who call themselves the Sanciscos want to rent; to one of them, a woman named Kleph, Wilson feels considerable attraction, and he therefore lets the house despite the fact that he might garner a windfall from it if he sold it outright to a buyer. Wilson’s fiancée Sue pesters him to renege on the deal and to sell, but Oliver refuses.  The interest in this detail lies in Moore’s opposition of the market to the Bohemian group. The group represents culture and seems to promise something superior to the bourgeois world of exchange.  Moore’s Smith regrets leaving the comforts of marriage and participation in the nomos.  Moore’s Wilson, vulnerable to the temptations of art, cult, and difference, regrets his prior immersion in what strikes him now as the tediously normative.  He is an alienated bourgeois taking the usual route of opposition to the market for the mere sake of opposition.  If resentment is the sacred, as Girard so often intimates, then Wilson’s alienation renders him particularly vulnerable to the Bohemianism of the foreigners.

The Sanciscos behave like Wildean aesthetes: “There was an elegance about the way [their] garments fitted them which even to Oliver looked strikingly unusual”; and “the feeling of luxury which his first glance at them has evoked was confirmed by the richness of the hangings they had apparently brought with them”; Kleph’s coiffure strikes Wilson as perfectly sculpted, “as if it had been painted on, though the breeze from the window stirred now and then among the softly shining strands.”  From such behavior, Wilson infers that their depth of culture radically exceeds his own, an inference sustainable, as it turns out, in aesthetic terms only and not in any ethical sense. As in the case of the magic shawl in the Northwest Smith story, phenomenal beauty guarantees nothing about ethical acceptability. A certain type of intense beauty indeed radiates from a certain type of archaic violence, which the beauty tactically conceals. Kleph shows some reciprocal although, ultimately, only a condescending interest in Wilson, who visits her in her room one afternoon while the others are away. The foreign accouterments of Kleph’s room include a peculiar “picture of blue water” hung above her bed the marvels of which entrance Wilson. Describing Wilson’s response to this, Moore employs the language of of fascination: “The waves there were moving. More than that, the point of vision moved. Slowly the seascape drifted past, moving with the waves, following them toward the shore.”  The images compel Wilson’s attention; he cannot peel his eyes from them, and they in their turn temporarily absorb and obliterate his sense of self. Smith has the same problem when he gazes too intently at the weird shawl.

END_OF_DOCUMENT_TOKEN_TO_BE_REPLACED 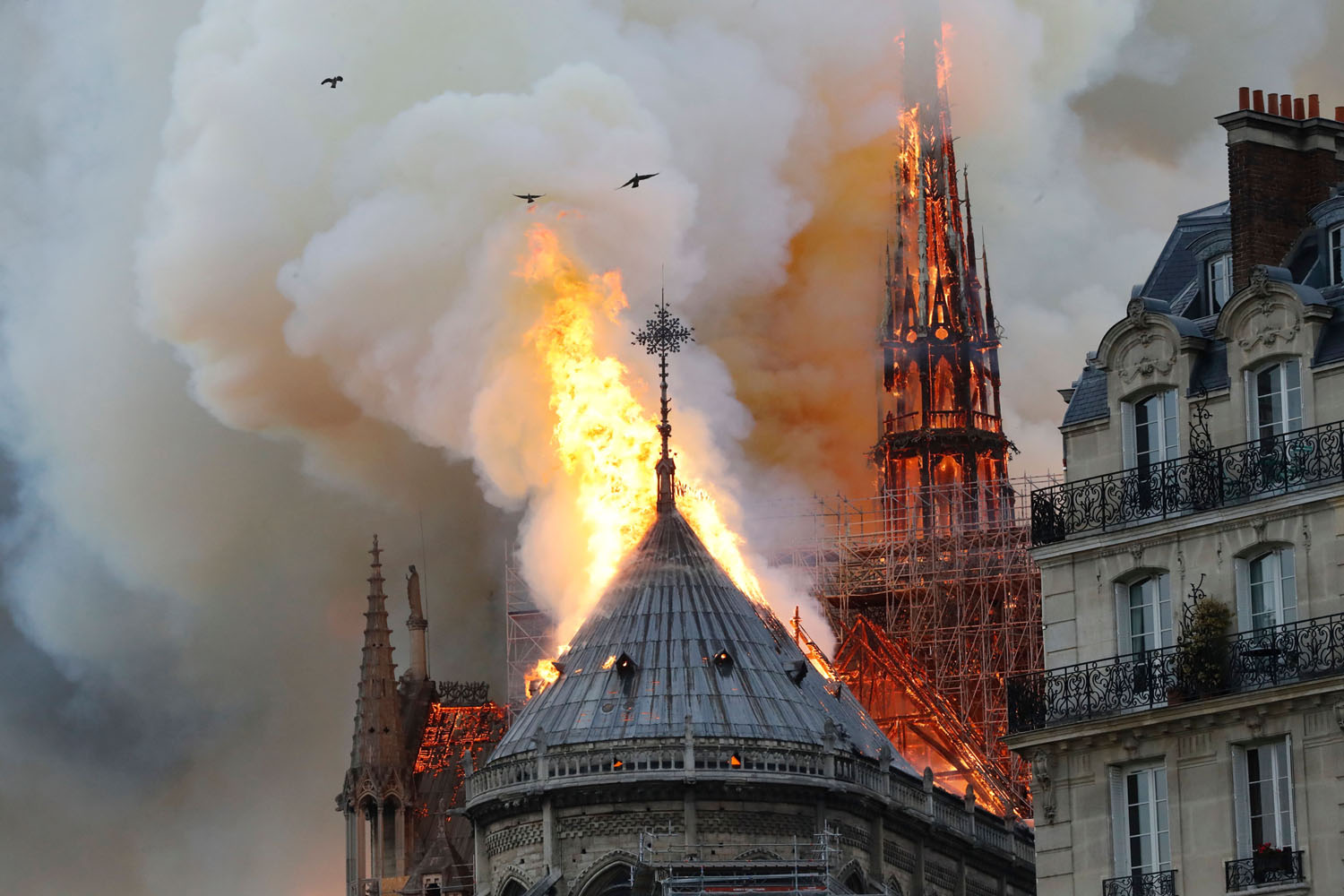 END_OF_DOCUMENT_TOKEN_TO_BE_REPLACED

The basic problem with freedom of speech and of religion is that in principle, and then inevitably in practice, it opens the agora to the discussion of the pros and cons of every alternative cult. No topic is prohibited. So, no sort of doctrine or rite is forbidden within the pale. There ensues a proliferation and interpenetration and confusion of heresies and petty foreign cults. The cult of Moloch is then sooner or later bound to enter the lists. Where there is freedom of speech and of religion, no one will be able to prevent that entry legally.

Where it is legal to advocate and to practice Molochism, it will sooner or later be advocated and practiced, by at least some few.

END_OF_DOCUMENT_TOKEN_TO_BE_REPLACED

Reactionaries often blame capitalism for eviscerating tradition and reducing everything to the lowest common denominator. But capitalism – i.e., free exchange – is not a recent phenomenon. It was not invented by the Franciscans, forsooth, but rather discovered by them as a subject amenable to moral, theological and philosophical analysis, and so to discourse, development and elaboration. Capitalism has been around since the beginning of human society. It is no more than a fancy word for exchange that develops surplus, after all; for mere trade, and commerce. For almost all of human history, capitalism supported and indeed mediated local tradition – or, at least, did not vitiate it.