A proposition that can’t be acted upon must be false, or even meaningless. So its contradiction must be true. Thus you can’t think that you can’t think, e.g.; so you can think, period full stop.

The corollary is that if you cannot avoid acting as if a proposition is true, then it must be true. You must at every moment act, willy nilly; so it is true that you can act. Your agency is real. There is literally no way around this operational presupposition. There is no way for us to be, except by an implicit presupposition of its truth. And the only way for us not to be – namely, suicide – is a way that, again, implicitly presupposes its truth. You can’t kill yourself if you can’t act. You can kill yourself. So you can act. QED.

END_OF_DOCUMENT_TOKEN_TO_BE_REPLACED

This is the practical aspect of the fundamental epistemological criterion of truth, which is adequacy to quotidian experience.

Nominalism and positivism both fall before this scythe. Nominalism can be asserted only by means of the very universals it reprehends. Positivism itself is among the propositional systems that cannot be logically or empirically demonstrated, and insists are therefore meaningless; so that its assertion is its contradiction.

Also, of course, you can’t for very long successfully live as if an important falsehood were true. We’ve all proved this for ourselves a million times.

Thus the very rejection of God is an implicit recognition of him. You can’t rebel against a nonexistent Lord.

As the First Cause of everything, God is the primary cause of everything. Creaturely agents are secondary causes. They have effects of their own, arising from endogenous factors, and not only from God. Where in our inner phenomenal life does the influence of the divine primary cause leave off, and our own work as agents and secondary causes – co-creators with God, or as Tolkien called us, sub-creators – begin?

END_OF_DOCUMENT_TOKEN_TO_BE_REPLACED

For the Russian philosopher Berdyaev, freedom is absolutely fundamental. And freedom is connected with subjectivity and Spirit, rather than the objective (measurable) external world.

All attempts to locate meaning and value in things outside the human soul are doomed to fail. Thinking of the universe as an organism, for instance, seems like an improvement over thinking of it as a dead mechanism. It turns the cosmos into a living entity with a purpose, but it also means thinking of people as mere cells in this organism to be subordinated to the larger whole. Nationalism turns the nation into a false idol to be worshipped. Neither “history,” nor “progress,” nor “the human race,” nor Platonic Forms are particularly significant or even real. They are hypostatizations and abstractions. For Berdyaev, the concrete individual personality is the full locus of reality and value. Anything else renders the personality a meaningless nothing to be used as a means to some other end.

Kant, who also saw human beings as ends in themselves, pointed out that freedom must be a fundamental aspect of human subjectivity because morality exists. [1] This is known directly from experience. We know that we are morally responsible for our actions and we have experienced the guilt of failing in our moral duty. Conversely, other people have let us down and behaved unjustly towards us. Morality cannot exist without freedom. We should let the datum of morality determine our theories and speculations about ultimate existence. If morality is possible, and we know it is, then freedom exists.

END_OF_DOCUMENT_TOKEN_TO_BE_REPLACED

This explains everything. (See particularly 2.57 in and following.)

Strong Artificial Intelligence is the idea that computers can one day be constructed that have the abilities of the human mind. The contrast is with narrow AI which is already with us – that is the notion that computers can be made that can do one thing very well, such as the Watson computer that won in Jeopardy, or Deep Blue that bet Kasparov in chess.

Strong AI, artificial general intelligence, would mean that a robot fitted with a computer brain could move around in the world as competently as a human.  As F. H. George commented to the editor of Philosophy, 32 (1957), 168-169: “finite automata are capable of exhibiting, at least in principle, all the behaviour that human beings are capable of exhibiting, including the ability to act as poets or creative artists and even to wink at a girl and mean it.”[1] This reference to a wink itself has a poetic touch to it that captures a sense of genuine humanity.

Strong and narrow AI is the difference between an idiot savant who can do one thing incredibly well, such as recognizing prime numbers of incredible length,[2] reading two pages of a book simultaneously with over 90% recall like Kim Peek, and someone with enough nous to handle the wide range of tasks that any normal human being has to face; engaging in a lengthy conversation one minute and enjoying a work of fiction the next. END_OF_DOCUMENT_TOKEN_TO_BE_REPLACED

Having lived through the Russian Revolution and seen its results two powerful writers wrote brilliant critiques of the entire mode of thought associated with it. Yevgeny Zamyatin wrote WE, a dystopian futuristic novel where the One State had achieved “happiness” by reducing its members to nameless drones. Free will, religion and imagination have been banished and societal problems have been “solved” via extreme rationalism and mathematical equations. Zamyatin’s novel was the progenitor of Brave New World and 1984 but published in 1922. It was immediately banned. Nikolai Berdyaev, with the help of Dostoevsky’s amazing prescience in novels like The Possessed, also understood the dire consequences of the revolution, finding himself exiled about the time of WE’s publication. Two brilliant assertions Berdyaev made, among others, was that without the idea of God there can be no idea of man and every highest good other than God leads murderously to treating men as means to achieving the hoped-for goal – “happiness” included.

Sam Harris rose to fame as one of the self-proclaimed Four Horsemen of the Apocalypse (Richard Dawkins, Daniel Dennett and Christopher Hitchens being the other three) AKA as the New Atheists. Embracing the horsemen moniker seems like wearing your nihilism rather too evidently on your sleeve, but Harris was only too happy about it.

Harris has a significant following. He is a determinist, with all the logical paradoxes such a position engenders, and embraces a hyper-rationalism. He has hopes to save the world through “rational” debate and ridding the world of religion. He has found himself in trouble with his liberal brethren by being openly critical of Islam and being willing to talk to Charles Murray of The Bell Curve fame.

Tom Bertonneau recently commented to me that Christianity is engaging in a new revelation; namely the effects of its withdrawal from large sectors of the Western world resulting in the current frenzy of scapegoating and a pervasive dreary nihilism hopefully leading to its future re-embracement. The Russians had a foretaste with the banning of religion after the revolution and the various utopian fantasies that invariably seek to replace Christianity giving writers like Berdyaev and Zamyatin particular perspicuity. These two writers brilliantly anticipated all the main rhetorical and intellectual stances of Sam Harris and others like him, and point out their logical and real-world consequences long before Harris was ever born.

The following article, kindly published by The Sydney Traditionalist, – Sam Harris; the Unconverted outlines the way Berdyaev and Zamyatin anticipate and critique Harris and his ilk.

In The Master and His Emissary, Iain McGilchrist writes that a creature like a bird needs two types of consciousness simultaneously. It needs to be able to focus on something specific, such as pecking at food, while it also needs to keep an eye out for predators which requires a more general awareness of environment.

These are quite different activities. The Left Hemisphere (LH) is adapted for a narrow focus. The Right Hemisphere (RH) for the broad. The brains of human beings have the same division of function.

The LH governs the right side of the body, the RH, the left side. With birds, the left eye (RH) looks for predators, the right eye (LH) focuses on food and specifics. Since danger can take many forms and is unpredictable, the RH has to be very open-minded. END_OF_DOCUMENT_TOKEN_TO_BE_REPLACED

Kurt Gödel[1] was a Platonist,[2] logician and mathematician who developed the intention of making a profound and lasting impact on philosophical mathematics. His next task was to think of something! Amazingly, at the age of twenty five, he achieved his goal, publishing his incompleteness theorem. 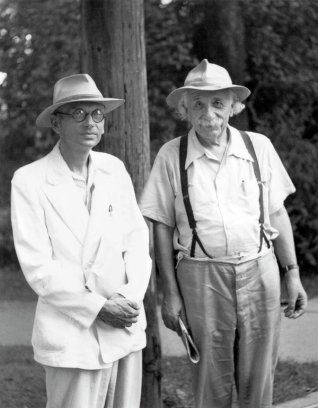 A good friend of Albert Einstein’s, Einstein once said that late in life when his own work was not amounting to much, the only reason he bothered going to his office at the Institute for Advanced Study at Princeton was for the pleasure of walking home with Gödel.

John von Neumann wrote: “Kurt Gödel’s achievement in modern logic is singular and monumental – indeed it is more than a monument, it is a landmark which will remain visible far in space and time. … The subject of logic has certainly completely changed its nature and possibilities with Gödel’s achievement.”[3]

While at university, Gödel attended a seminar run by David Hilbert who posed the problem of completeness: Are the axioms of a formal system sufficient to derive every statement that is true in all models of the system? END_OF_DOCUMENT_TOKEN_TO_BE_REPLACED 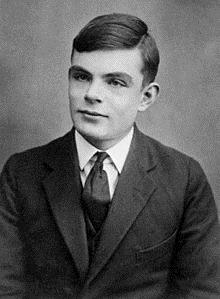 Kurt Gödel’s Incompleteness Theorem[1] was inspired by David Hilbert’s question “Are the axioms of a formal system sufficient to derive every statement that is true in all models of the system?” Hilbert played the same role regarding Alan Turing’s proof of the halting problem. Hilbert had asked: “Is there some mechanical procedure [an algorithm] for answering all mathematical problems, belonging to some broad, but well-defined class?”[2] In German this is called Entscheidungsproblem – the decision problem.[3]

Turing found that he could answer this question by framing it in terms of a Turing machine[4] – could there be a program that could determine whether any other arbitrary computer program and input would eventually stop or just loop forever? This was called the halting problem.

“Alan Turing proved in 1936 that a general algorithm to solve the halting problem for all possible program-input pairs cannot exist.”[5]