And all that dwell upon the earth shall worship him, whose names are not written in the book of life of the Lamb slain from the foundation of the world.

I believe in one God, the Father Almighty, maker of heaven and Earth, and of all things visible and invisible. And in one Lord Jesus Christ, the only-begotten Son of God, begotten of the Father before all worlds, Light of Light, very God of very God, begotten, not made, consubstantial with the Father; by whom all things are made. … he was crucified for us under Pontius Pilate, and suffered, and was buried, and the third day he rose again, according to the Scriptures, and ascended into heaven, and sitteth on the right hand of the Father; from thence he shall come again, with glory, to judge the quick and the dead; whose kingdom shall have no end.

Well, but then that means that Pilate too does what he does in that story from the foundation of the world, no? So do Mary, Joseph, the Apostles, the Romans and Jews, aye and the mosquito resting for a moment on the bark of a sequoia in California in AD 33 as Jesus slept in his tomb.

It *all* happens from the foundation of the world. Everything. Including this moment of your life. Thus must be so; for, worlds are integrities. They cohere. You can’t change a jot of a world without getting a different world than you had before you effected the change. Subtract Jesus from the history of the cosmos and you’d have a different cosmos than the one we have. Ditto for that mosquito, and for the sequoia. And for that itch you felt a moment ago. To constitute a world, it must all agree and hang together perfectly, from one end to the other – not just in space, but in time. Not one item of the thing is dispensable; not one sparrow, not one hair of your head. Everything matters; everything counts; the whole of it depends wholly upon each bit of it.

The whole of the history of our cosmos then happens from the foundation thereof.

We must remember that “before all worlds” cannot mean “earlier in time.” For, time began with the beginning of our cosmos. There can be no time of our cosmos, no sequential order of events, that happened before the time of our cosmos began. “Before” must then mean “prior in the order of logic; of the Lógos; of the order of the cosmos.” OK, that’s pretty easy: the Lógos is the forecondition of any world conditioned thereby, so is he the forecondition and foundation and basis of all times, their Alpha and their Omega both; and so, likewise, of time per se: without him is not anything made that is made.

“From the foundation of the world” then means, not that all the things that have happened and will happen in our world were determined before they happened, but rather that they must all cohere and agree perfectly from beginning to end if there is to be such a thing as our world in the first place.

This is amazingly tricky to understand, but once you get it, it seems quite obvious. That’s the way it is with everything that is so normal to us that we don’t notice it, at all. I understood it only a few days ago. Quoting from my Journal entry of the 2nd April, edited a bit for clarity (you do not want to try to cope with the metaphysical shorthand I employ in writing to myself):

The cosmos had to be set up ab initio so as to accommodate this present moment. If things were not so set up at the incipience of a given occasion as to enable it to reach its fully definite realization in such a way as to fit its entire past immaculately, and what is far more to fit with all other contemporaneous occasions, of which in its process of becoming it had to have been entirely ignorant (for, like it, they were not yet as they all together eventuated yet actual, or therefore definite), and so by a straightforward extension with the pasts of all other contemporaneous occasions, why then it could not reach that final fully definite realization of its being. It could not become. Without that immaculate mutual fit of all things, there would in the world proceeding from its past and generating new occasions be no room, no ontological niche, fitted to that occasion. It would disagree somehow with its world: with its predecessors, or with its contemporaries. That would prevent assembly of its world; and so, would prevent its world altogether; indeed, would prevent all occasion, all eventuation.

And the order – the Lógos – of that coherence must be ontologically prior (but not temporally prior) to each occasion of the whole cosmos – and, so to all of them together. If they are to eventuate at all, the whole and all her parts must supervene their Lógos.

Then Omniscient Providence is a forecondition of that complete coherence of the entire extensive continuum.

Christ is risen (note the present tense: the statement, uttered in the present tense, would have been equally true in 2000 BC). Were it otherwise, we would not be here. We are here. So, he is alive, and with us. Aslan is on the move; spring is here. We cannot therefore lose: if God be for us, who can be against us? Deo gracias.

A Happy Easter to you all. Remember, in the coming months, the coming years and yes the decades, when the demons who war always and especially upon such as we – upon such as would be true, righteous, holy, courageous, good (what fiendish knave could want otherwise, forsooth?) – threaten now and then to discourage you, and tempt you to despair: Christ is risen. He is risen from the very foundation of the world. His resurrection is the first reason of the world to begin with (for, it enabled our own). Nothing then – nothing at all – can possibly prevent his total victory.

He’s God, right? I mean, really. How you gonna fight him? What foolishness would want to fight him in the first place, who is all the good there is?

Rejoice, then! And, relax. Join yourself with his angelic Sabaoth. Gird yourself, and make ready to forge into the fray, cheerfully. Recall that when the angels make war upon the demons, they dance. They dance, and sing, and play upon their trumpets of doom. That’s how they bring down the Gates of Hell. Join with them. It’s a beautiful thing, in spite of all the death.

The alternative is after all pretty ugly. I mean, really: look at the photos of our mundane adversaries. Am I right? The beautiful among them are oily, false, sick and unhappy beneath the façade. As for the rest … ugh.

Remember: the thing that made the Christians the most lethal of all was that they had not at bottom any fear of death; because they knew they were members of the Lógos. It’s an impermeable phalanx, so long as we keep up each our own shield, and do not falter. Remember. Onward then, brothers. Deus vult!

Happy Easter. Get on with it now. Don’t forget to kiss the kids. Don’t forget to explain all this to the lads and lasses. Don’t be disappointed if they don’t seem to get it at first. They’ll get it eventually. Just keep on. 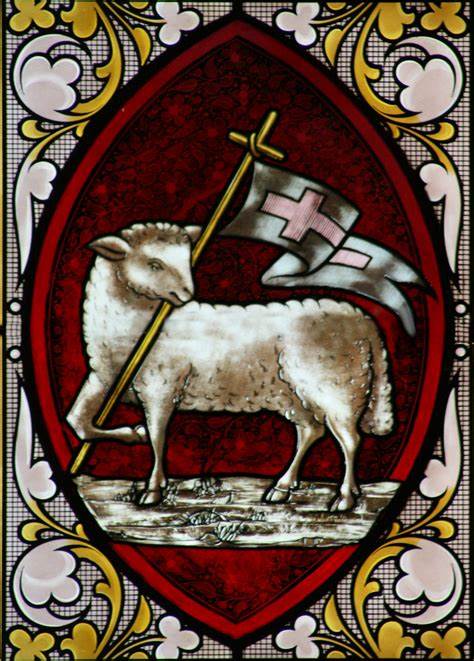