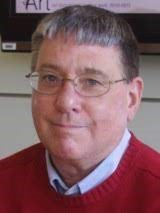 Tom was a person of truly prodigious learning.  He valued sincerity and enthusiasm. He was the opposite of the academic hack who writes contrived articles designed for career advancement and to pass “peer review,” that most worthless of (recent) inventions. He published in “recognized” journals at times partly to prove that he could do it and that it was not through lack of ability that he mostly chose other venues.

Tom was by nature an independent thinker and saw himself as a dissident surrounded by a hostile academe which he regarded as a lost cause. This has been confirmed by the State University of New York headquarters, governing over sixty campuses, decision to abandon any courses in Western Civilization and to replace them with DIE – diversity, inclusion, and equity. This is a nationwide phenomenon first seen at more prestigious places like UC Berkeley and Stanford. Western Civ was a course that Tom was qualified to teach like almost no other, and he did, many times over the years. While a normal person might read one book, if at all, about Mycenaean Greeks, or the historical origins of King Arthur and its cultural significance, or the myth of Atlantis, all things Tom loved, Tom would literally read an entire bookshelf on such topics.

Tom can be best summed up by the things he loved; most importantly, his wife Susan, his sister Denise, and his son, Joseph. Like most fathers, Tom cared to the utmost about Joe.

Tom was a fundamentally religious thinker and the background and presupposition of all his thinking was for the necessity of faith in God, and a hope for the life to come. He knew that attempts to bring the transcendent down to Earth were disastrous and the root of much evil. He favored a minimalist picture of the nature of the transcendent and was generally uninterested in such speculation. He really did not like theosophy and all “scientific” attempts to “prove” the existence of the divine. But, he did not oppose mystical experience. He himself had a near death experience when he nearly died from spinal meningitis as a child of four. His death seemed so imminent, he was even given extreme unction. He also had a dream in which his much loved and much older brother Daniel called him on the telephone to ask about him and his family. Dan had been dead for quite some time. Tom wanted to ask where he was calling from but felt a strong sense that the question was prohibited. Tom felt the dream was absolutely not an ordinary one and took it as an actual communication from Dan.

The two brothers were devoted to each other. Dan served as an inspiration for Tom. Dan worked on rockets for NASA and designed an ejector seat for a fighter plane. This connected with Tom’s interest in aviation about which his knowledge, as per usual for any topic he took an interest in, was encyclopedic. I believe he literally knew the name and number, and most technical details, of every American war plane ever built. Such sibling achievement suggests high IQs ran in the family, but also a drive to excel.

Tom developed a love for reading when he first encountered H. G. Wells, His intellectual direction and development was also stimulated by a crazy and fraudulent high school teacher who cared not a whit about a “curriculum,” but did things like play Mahler symphonies for his classes and discuss philosophers like Nietzsche. He too was an enthusiast. Tom’s immense interest, love, and knowledge about classical music was also contributed to by an uncle. Other family members would make fun of the uncle for his love of such music, but Tom sided with him.

Tom was shy and introverted by nature, but he made a point of being outgoing and striking up conversations with most of the customers at the bar and restaurant known as Old City Hall, his favorite home away from home. He did this because he knew that his natural inclinations would lead to social isolation. When Tom moved to Oswego, Larry Klotsko, the owner of Old City Hall made him welcome and loved to ask Tom his opinion on any number of topics. It was at Old City Hall that Tom truly got the professional respect and love that was generally missing from the college at which he worked. He was known simply as “The Professor.” He loved Steam Punk gadgets and outfits and could often be found wearing a brocade vest and a red top hat among other unusual items. Faux nineteenth century futurism appealed to his sense of fun. Larry Klotsko is even more of a character than Tom and they made an interesting pair. Their discussions were typified by humor and banter.

Also at the bar was Dick Fader who had a special place reserved for him by Larry, much to Dick’s embarrassment – though, hopefully, secret enjoyment. Dick’s knowledge of astronomy, a hobby, and poetry, was appreciated by Tom and they could exchange ideas on those topics. Dick had more liberal leanings and the two would debate politics, but always in good cheer and without rancor. Dick could countenance something like God, but, like a Gnostic, did not believe in personal salvation but that our energy would return to the Source – or something like that. Tom and I tried to see if we could argue him into something more substantial but to no avail.

How Tom felt about his place of employment could be discerned by his satirical pieces that referred to “Upstate Consolation College.”

Tom’s childhood in Malibu and Point Dume, California, was dear to him. He ran wild with a set of brothers called the Cunninghams, particularly Alan. They clambered around cliffs and sometimes spied on film productions. Once, at age thirteen, a clay foothold completely gave way after Tom had been resting all his weight on it, very high up on a cliff, and that put enough fear of God into Tom to give him a residual fear of heights for the rest of his life. A larger bomber once flew low down near where they were, Tom waved, and the pilot dipped a wing, returning the salute.

Tom liked to tell a story about cutting classes in high school in order to visit book stores. When a teacher caught him and his friends in their truancy, but saw that it was in the name of books, he smiled and let them be. Being a self-motivated reader for pleasure is worth many hours of classroom instruction, to be charitable to the latter.

Tom’s first academic job was in Michigan, but it was not a happy experience. He made himself persona non grata by exposing the fact that local businesses found Michigan graduates to be functionally illiterate, when it came to writing, and had to invest two or three years in simply getting them to write at any decent level. This problem was by no means unique to Michigan, as Tom knew. In fact, it is utterly pervasive and ubiquitous. Leaving that job, Tom and Susan found jobs in Oswego, New York, Susan’s home town. Tom soon developed much of the same affection for Oswego that he had had for the California of his youth – a California where he was happy not to live given its current pathologies.

Tom loved science fiction. He recognized it as philosophical and theological musings on, and illuminations of, the human condition, at least at its best. His book The Truth Is Out There coauthored with Kim Paffenroth, is subtitled “Christian Faith and the Classics of TV Science Fiction.” It covers Dr Who, Star Trek, The Prisoner, Twilight Zone, X Files, and Babylon 5. His course on science fiction was always highly enrolled.

He had a puckish and mischievous sense of humor and tried to get everyone he could to watch “Cave Women of Mars,” a hilariously low-budget, intentionally amateurish, satire of science fiction but also of modern ideas concerning the nature of the sexes. He and Susan also bonded over their shared love of monster movies when they first met. Tom’s interests extended from high to low and he loved pulp fiction from the 1930s and later, and took pleasure in the melodramatic and often risqué covers.

Tom loved Dostoevsky, particularly, The Possessed, and much preferred him over Tolstoy. This was a minor point of contention with a local Russian poet with limited English who liked to talk to Tom about music and literature. Tom struggled to make sense of the poet, and often the poet’s son had to serve as an interpreter. He did this partly to lessen the old poet’s loneliness. The poet would turn up at Old City Hall unexpectedly and I would have to relinquish my bar stool next to Tom and sometimes trudged home if I did not find someone else to talk to. Tom felt bad about it, but we both agreed that he had no real choice.

The work of René Girard, who Tom interviewed for a book, was a major preoccupation and Tom was very impressed to find him not at all conceited and very approachable. Tom was also friends with Eric Gans, one of his advisors, who had adopted, but also adapted, the basic Girardian framework. Girard was not a fan of Gans at all, so Tom was in the difficult position of trying to be friends with both of them.

Niki Hatzilambrou was a good friend of Tom’s. Tom had taught her two children who were home schooled, via the internet. And it was Niki who called once a week as he declined in health, the victim of ALS. The diagnosis came late and Tom at one time thought that talking, though difficult, might help.

Tom particularly loved Plato and Berdyaev. He wrote comparatively very little about Berdyaev, who he found impossible to summarize. He regarded Berdyaev, not so much as the fount of all wisdom, but as the embodiment of the Ungrund, Jacob Boehme’s postulated ground of all freedom, the causeless cause, that serves as the precondition for creativity. Because of the prophetic, poetic, and mystical nature of Berdyaev, Tom did not care that, in Tom’s opinion, Berdyaev contradicted himself at times.

Tom loved Eric Voegelin, Oswald Spengler, Joseph de Maistre, René Guenon, and others in a similar vein, and had a high opinion of their critiques of modernity and where the West has gone wrong.

Tom thought that education should be heavily centered on being an education in beauty. He felt that the modernist rejection of beauty was truly diabolical and that it betokened an unspeakable nihilism to do so. Cultivating a love of beauty is basic to well-brought up youth, influencing their sensibilities.

His PhD in Comparative Literature from UCLA, focusing on Scandinavian languages was inspired partly by his love of Kierkegaard, who he wanted to read in the original Danish, and also by his Swedish heritage. Tom’s family background, on his father’s side, included Creoles (though French speaking, not to be confused with Cajuns who hail from Canada) black immigrants from Haiti in the nineteenth century of whom he was most interested and proud.

Tom’s wife, Susan Bertonneau, retired professor of French, was never jealous of his friendships and was happy to see him socially engaged, for which his friends can be forever grateful.