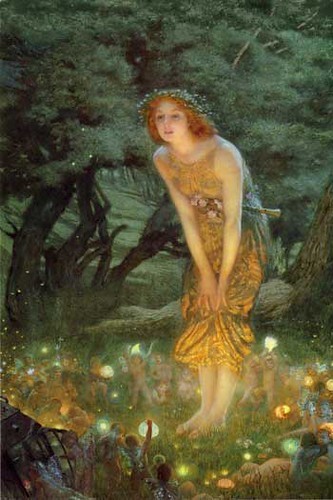 I would like to point out, in a manner that does not originate with me, that being very against and even very mad at some entity that you have decided does not exist is perverse. In fact, to carry on an agonistic attitude to God, it is necessary for Him to show up in order to be insulted and rejected. Attacking empty air is the behavior of a madman. If God does not present Himself, but instead retreats in the manner of Russians before Napoleon and the Germans, then the militant atheist is in the equally odd position of actively pursuing his hated one across the icy steppes, braving starvation and chill weather to catch a glimpse of his beloved, um, I mean, enemy. In the Fall semester, I had one student ask me what percentage of the course was going to mention God so he could decide whether to continue with the class or not, in a manner that suggested that he had a God allergy, and thus needed “accommodating,” another who wanted me to simply remove religious references from an ethics course – so much for Plato, Aristotle, Kant, and Berdyaev, critiques of attempts to create naturalistic foundations for ethics, and most of the other articles – and two more, in another class, started posting rude and derogatory comments about the readings and, by extension, me in “discussion” submissions – one even claiming that bringing up God in an article defending the notion that life is worth living was “shameful.” My rather satisfying response to the students turned trolls was to ban one of them, since he had been warned, from further comments and for me to apologize on their behalf to the rest of the class for exposing them to such gross behavior. Having such violent hatred and animosity for something that is not there, in your own opinion, really is bizarre. I might think it fun to imagine that fairies exist at the bottom of my garden, but, having abandoned this fantasy, it would seem strange to develop a pathological hatred for them whereby any mention of those fiendish beings roiled my blood. Say the word “fairy” and my hands congeal in serpentine writhing. Slobber drips from my chin. My eyes enlarge in obscene wrath, and hiccups and groans besmirch my lips. Begone ye tiny winged creatures! Thy presence sickens me and disturbs my peace of mind. Return from whence thy came and leave thy gallivanting to creatures that actually exist! From this time forward, only cats, possums, skunks, little birds, and raccoons, all of which have truly trod my land, shall occupy my sovereign estate. Oh, fairies, how I hate thee! Thy bewitching murmurings and flutterings are only the more annoying for being nonexistent. Thy enchanting ways that excite the imagination are just abhorrent. Furthermore, anyone who utters thy name shall be anathema! Begone, ye wraith, ye figment, ye nullity, and disturb my mind no longer! Should ye persist in thy malevolent, but illusory, ways, I shall be forced to call down upon ye, the fairy king’s indictment. Pixem, poxen, berate the moxen. Kitherway, hitherway, our lord rightly. Return to thy fairy hole. Batten the hatch. Nevermore to scurry brightly, flourish nightly, gyrate unsightly. Let my mind with verities suffice! Hoorah!

I thought I might submit this to the faculty assembly as a kind of form letter to students averring the condition Deus absconditus in extremis. Because, you know, a good dose of sarcasm never goes amiss.

36 thoughts on “Note about my militant atheist students”