The question arises from my recent correspondence with an orthospherean friend of many years – of many more years than there has been such a thing as The Orthosphere (most of you would recognize her name) – in which I learned that she, like me, has been thinking about death a lot over the last few months. I learned from her also of the recent suicide of a prominent pastor. That got me thinking.

My own spiritual dullness of late has been profound, and horrible. I wake often at 3:00 AM in a state of intense misery, feeling as though the best thing would probably be to die soon, and telling God that would be OK with me. I drag myself through each day, forcing myself to do some things I must do.  This, despite my manifold outward reasons to rejoice; despite the many blessings of my life, which I continue to relish. I still laugh at comedy, chuckle at the antics of the dog, rejoice in the innocent inadvertent penetrating insights of the grandchildren, partake the peace of the garden and of the sky, wonder at the day’s anamnetic discoveries and revelations of philosophy and theology, lose myself ecstatically in sublime music, and so forth. Nevertheless am I beset, hour by hour, with the deepest melancholy of my life.

I feel rather ashamed about this. It seems to me clearly a case of radical acedia, which is sinful. But so demoralized am I, that I have, not just any oomph to do anything about it, but no oomph even to understand what I must do about it.

Thus my diagnosis of acedia. I had never felt it before this year.

Now, here’s the thing. I had been taking my acedia as strictly due to my own spiritual defects. Obviously they are indeed huge factors! But the news that others in the same general business of Christian apologetics and evangelism had been feeling the same way made me wonder.

It made me wonder this: if, as seems evident, the assault in 2020 from all sides on every institution and organ of Christendom is demonically coordinated and intensified, and has been approaching some sort of climax, then is it not likely that many devout Christians – especially those of us who, like all orthosphereans, are *publicly* devout, and so act as evangelists, missionaries, or apologists – are suffering particularly acute demonic oppression?

So: are you feeling peculiarly glum these days? Do you feel enervated, stupid, pointless, and so forth? It would be interesting to find out if my intuition is correct. Are forthright Christians particularly prone these days to demoralization?

We are after all engaged in spiritual warfare. This must never be forgotten. The dire events now unfolding in the West are but the merest scum on the surface of a titanic battle proceeding along many dimensions, most of which are not even aspects of our cosmos. I do not deploy the word “titanic” blithely. The battle is a true titanomachy: a war of demi-gods. On one side are the angels loyal to YHWH their King, and on the other are those who rebel against him, and are fallen. On the one side, the evangels – Greek for good angels – and on the other the dysangels, the demons.

Christians are all called to be (among other things) evangels. If you are engaged in evangelistic activity *of any sort,* you are in the midst of this battle, witly or not. You are a target of particular value to the other side. So you are likelier than the average schmoe to find yourself the object of particular demonic attention.

It is worth remembering also on this Christmas Eve that the first to hear the news of the Incarnation from the evangels were shepherds. In ancient Israel, angels were understood to be the shepherds of men; in parables, the shepherd then is an angel, the sheep his human flock. This is why we call our presbyters “pastors.”

Have you heard the news of the Incarnation? Lo, then: you are a shepherd; a member of the evangelic order a little lower than the angels; the highest choir among the humans. Not a commissioned officer of Sabaoth, perhaps; but, certainly, an enlisted officer.

That’s why the Church on Earth is called the Church Militant. It’s a division of Sabaoth.

And we know who really keeps the Service running, right?

It’s the officers who are the high value targets. And because the divine commissioned officers of Sabaoth cannot be killed or swayed from their missions, guess who merits the most Enemy fire?

That’s right: us human evangelists. If you find yourself these days under heavy fire, it is because you are precious. You are a fell warrior, especially deadly, in this spiritual war. Who knew, right?

Let us all then, fellow sergeants and corporals, and privates first class, remember the first words of the angels to the first evangelists at Bethlehem: Be not afraid!

Tell it out then, in all the world, and in all her corners, boldly: Merry Christmas! 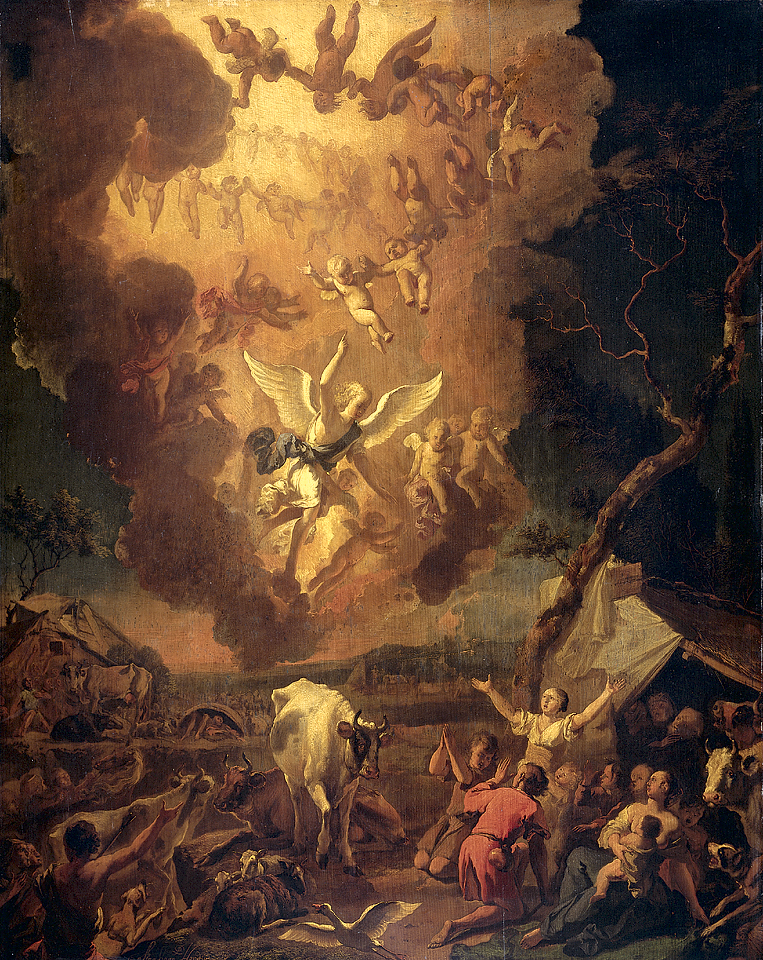