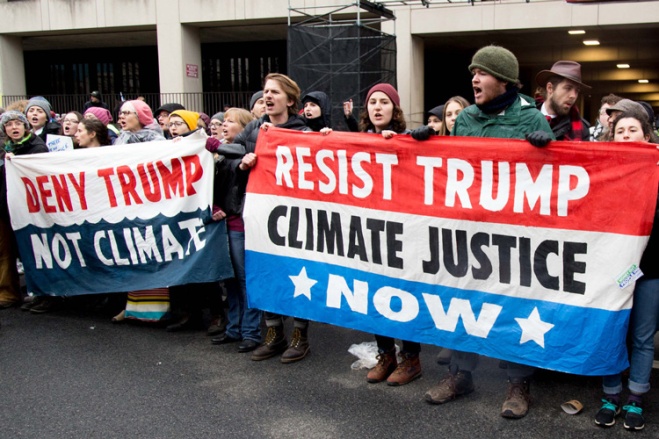 In a conference convened by Upstate Consolation University, researchers from California State University, Van Nuys, and Central Michigan Teacher Pre-Preparation College, Farwell, claimed this week that the warmish climate-change trend is the primary cause of both the declining academic performance among North American college undergraduates and the rising costs associated with a baccalaureate degree.  The conference-goers revealed details of their three-week-long multiple-perspective study, carried out by a select committee recruited from the two schools.  The team systematically surveyed multiple self-evaluations and statistical-anecdotal probability memoranda culled from a wide variety of auto-probative and theosophical sources appearing in carefully vetted blogs posted on the Internet since February.  “This is one of the most exhaustive studies of its kind to be carried out by institutions of our accreditation-level, whether in California or Michigan, during the past seventeen and a half months,” said Dr. Michelle Mausse, a CSUVN Diverse Arts Practical Instructor, who is acting co-chair of the project and supervising gender-fairness editor of the semi-final quasi-executive summary of the project’s yet-to-be-published Full Report – the very same summary that has just been issued as a mass-email attachment.  Mausse also said that, when the Full Report appears, she expects a storm of hostility from commentators on the right.  She added that such commentary, obviously originating in structural racism, would itself exacerbate the warmish climate-change trend, thereby degrading student performance even further and raising the price of a college education even higher.

“Given the cutting-edge status of our conclusions and the transgressive methods employed during our strenuous three weeks of research,” Mausse said, “you can bet that President Trump, Fox News, and Chick-Fil-A will be working overtime to sap public confidence in our assertions.”  According to Mausse, the best way to undermine such bigoted resistance would be “to appoint Greta Thunberg to the Supreme Court, ban SUVs, and approach the Taliban with an ecologically friendly attitude.”  As stated in the semi-final quasi-executive summary, “Last year’s harsh winter in the Northeast and this summer’s record-breaking cool weather across the Upper Midwest prove incontrovertibly that the warmish up-trend is rising steeply.”  In an informative autobiographical aside in the summary, Dr. Mausse states that her consciousness about the warmish climate-change trend began in earnest in the late 1960s, when she had just entered high school, with the appearance of Dr. Anton Schmellij’s prophetic Heat-Death by 1970 – No Doubt about It.  Mausse attributes her conversion to environmentalism, not to her actually having read Schmellij’s book in its entirety, but to her having once perused the Utne Reader’s “condensed” version of the treatise while writing her Feminist Studies thesis at Mannless County Community College, near New Mytilene, Ohio, in 1994. 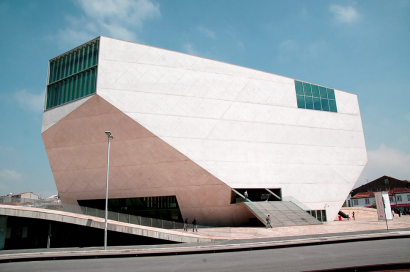 Mausse disagrees with conservative, white-supremacist critics who blame the current dismal level of scientific clarity among high-school and college students on such pseudo-scientific books as Schmellij’s Heat Death and the politicization of science that it and its progeny have brought forth.  “Without books like Schmellij’s and the Netflix documentaries based on them,” Mausse avers, “young people wouldn’t be alarmed about the warmish climate-change trend; and, for us woke people, alarm outranks clarity in the formulation of socially just hot-air policy.”  Mausse adds the following: “Former Senator Gore and current congressperson Occasio-Cortez owe a debt to Schmellij, which they ought to acknowledge.  In fact, I find it hard to say Gore or Occasio-Cortez without saying Schmellij at the same time.  As to scientific illiteracy – fighting the warmish climate-change trend means getting people to relax and feel comfortable about things like their ignorance and confusion while maintaining an implacably hostile stance towards those who disagree with them.”

The research revealed by Mausse and her collaborators defines a three-stage process by which the warmish climate-change trend drives down the level of student performance, increases the likelihood of degree non-completion, and at the same time inflates the cost of undergraduate matriculation.  The first stage of the process consists in the warmish climate-change trend itself, which Mausse describes as “really, really, really real.”  Mausse’s team ascertained the reality of the warmish climate-change trend by repeatedly viewing the the Gore documentary, An Inconvenient Truth, and by skimming selected pages of Schmellij’s Heat-Death by 1970 – The Fifth Revised Edition.  Several Skype consultations were also arranged with Elizabeth Warren, noted Native American law professor and current Democrat Party presidential wannabe for 2020.  “We wanted to incorporate the authentic Native American perspective,” Mausse explains, “as part of our diversity mandate; and everyone knows how environmentally sensitive Cherokees like Senator Warren are.”  After the warmish climate-change trend per se, says Mausse, the second stage of the process that she and her co-researchers have discovered is warmish climate-change-trend awareness, already hinted at in Mausse’s remarks about Schmellij.  “Normally,” Mausse explained, “we at CSUVN value the diverse forms of awareness dearly, such as awareness of being a fully tenured faculty member at one of the most highly rated third-tier pre-teacher-training colleges in Van Nuys, but some kinds of awareness turn out to have a deleterious effect on holistic non-gendered well-being.” 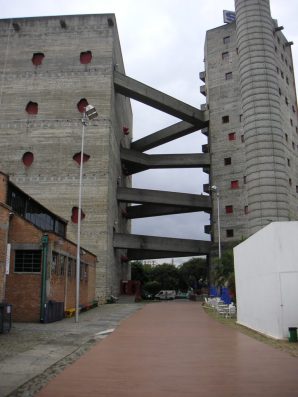 Mausse’s senior research partner, Colette Lardner-Brainepanne (ABD) of the Farwell Alternative Liddachur Program (Michigan), seconds this point.  “For example,” Lardner-Brainepanne says, “research has shown that awareness of not being able to read or write so good gets a lot worser for a person when they’re forced to be in a room with a bunch of smart-asses who know a lot of really big words.”  Lardner-Brainepanne continues: “When I was an undergraduate, there was this teacher, see, a typical toxic male, and he went around acting like he knew more than anybody else in the classroom.  That four-eyed little rat-face really grated my nerves.  That’s why we invented Alternative Liddachur in the first place – to take the gut-wrenching awareness out of illiteracy and make TV- and hip-hop-based cultural complacency compatible with high self-esteem.” Lardner-Brainepanne affirms that her own self-esteem is remarkably high – a fact that she attributes to her yoga classes and her participation in a Never-Trump quilting collective. Lardner-Brainepanne also experiences self-esteem in direct relation to her environmental commitments. “If the warmish climate-change trend didn’t exist,” she adds, “we would have had to invent it.”

Mausse picks up the thread of Lardner-Brainepanne’s explanation.  “During the semester at both CSUVN and Farwell we hold consciousness-raising seminars to boost student awareness upwards two or three levels so that it becomes obsession.  Thinking obsessively about how many manatees, dugongs, and sea cows Vice President Pence has already tortured and murdered, and about how many copies of The Greenpeace Manifesto he has flushed down the toilet, can make it virtually impossible for a person to think about other, unimportant things, like diversity – which is our strength.  I myself personally go to sleep night after night thinking obsessively about sea cows and commodes and so does my very well domesticated husband.  We have to remind people constantly of how close to extinction Trump and Pence have already pushed the spotted owl, the Sasquatch, and the Lorax, not to mention Al Franken, Kathy Griffin, and the New Zealand Moa.  I screen An Inconvenient Truth for my students as often as possible, especially in my liddachur classes, along with The Lion King and Wonder Woman.”

In a third, culminating stage of the process, the warmish climate-change trend decreases academic performance by forcing students to wear fewer and skimpier clothes, a trend noted keenly by students themselves, especially males.  Arwel Wankler, a seventh-year junior-level entertainment major at Van Nuys who attended the Upstate Consolation University conference, told a reporter, “Dude, what with all the sun bathing on a Friday afternoon, the main lawn at CSUVN is a total babe-park.”  Having brought him along for that very purpose, Mausse points to Wankler as a living demonstration of her hypothesis.  “Arwel should have graduated summa cum casually, our highest distinction, three years ago, but he has taken my capstone seminar on Lesbian Semiotics and the Politics of the Carbon Footprint four times without being able to pass the final exam.  There isn’t even any reading in that course, but you do have to bring your own carbon footprint.  I guess his parents will just have to keep financing him until he sweats out the transgressive challenge and earns his degree, or until the earth burns up – which it will, in exactly twelve years.”

In the past, education realists have blamed falling test-scores on factors like the intentional de-emphasis of basic literacy in K-12, the elimination of science courses, and the corrosive effects of insipid mass-culture on the cognitive skills of children in elementary and secondary schools.  They have blamed soaring higher-education costs on administratively top-heavy institutions and the insistence by unionized faculty members that they teach fewer courses per semester than was regular in the past.  “Nonsense,” Mausse and Lardner-Brainepanne say while speaking the same words simultaneously: “If you divest yourself of linear thinking, you’ll quickly see that the coolish climate-change trend in the past is part of a much vaster Trump-Pence conspiracy.  Just look at the creepy Wharton-School eye on the dollar bill’s pyramid and tell us if there’s anything that Trump and Pence can’t do with their insidious male gaze.  As a matter of fact, we celebrate coolishness in past centuries, since without it the warmish climate-change trend today would never have been so obvious.”

According to Mausse, the warmish climate-change trend in addition to depressing intellectual acuity in college students and hiking the baccalaureate’s price tag without any foreseeable limit has other devastating effects.  “There are the vapors, for example.  More and more cases of the vapors are being reported on college campuses, especially when someone questions the rationale for great programs like Alternative Liddachur or Diverse Arts.  We’ve also heard reliable tales of conniption fits and ‘restless panty syndrome.’”

When the Full Report sees print, it will include five key policy recommendations.

*Keep Canada as frigid and uninhabitable as possible for the next ten thousand years.

*Get people in Des Moines to act “cooler” – like people in Portland, say, or Seattle.

*Use less toilet paper – only one sheet per visit.

Referring to the second-to-last policy recommendation, Mausse says, “As they learn to use less and less toilet paper per visit, Americans will find more value than ever in the soft, caressing vellum of their expensively purchased college diplomas.”