“She liked Mr. Walpole’s company, because they could bring their little scraps of scandal together and compare them.”

“‘But where was the proof?’ said Horace, doubtfully, on some wicked anecdote being told.”

I have been warned against the perils of anecdotal evidence, and I am sure you have as well.  I have not, however, assimilated the modern prejudice against anecdotal evidence, and if you have, I hope to talk you out of it. I concede that it is a great mistake to extrapolate from an anecdote to an understanding of how things generally are, but I believe we make what is often a greater mistake when we fail to interpolate anecdotes into our understanding.

To interpolate is to alter something by insertion or addition.  When a book is reissued in an illustrated edition, for instance, the interpolated pictures alter the book, and more especially the reader’s experience of the book, because the images fix the appearance of the characters and scenes. Your fundamental understanding of the world matures and develops when you interpolate new data, and much of this new data comes to you in the form of anecdotes.  Contrary to the cant of poseurs who would like you to believe they are intelligent, an anecdote is data. If it is true, and not simply a wheeze or a yarn, an anecdote is a fact given by the world, and only a simpleton (or an ideologue) will fail to interpolate a fact that is given.

The literal meaning of anecdote is private intelligence, some information that is not public knowledge, a story that is not generally known.  The Greek root anecdota simply means unpublished, but the word very often implies private intelligence that, if true, contradicts, undermines, or places a question mark against official truth, public doctrine, and what is generally known.  This is why anecdotes amuse us.  This is why they are so often scandalous.  This is why the guardians of official truth and public doctrine are so eager to instill a prejudice against anecdotal evidence.

Every anecdote is not what my epigraph calls a “wicked anecdote,” for I may share with you some private intelligence that improves your opinion of a man, or a place, or an activity.  But every true anecdote is potentially disruptive because it will add to your understanding if you are not resolved to remain a simpleton, and will take the trouble to add it to the stock of what you know. The anecdote may be a “wicked anecdote” that explodes an innocent illusion, or it may be a generous anecdote that adds color and depth to what you already know, but true anecdotes should be interpolated, and should not be brushed off as merely “anecdotal evidence.”

Since newspapers are publications, an item published in a newspaper is not an anecdote under the strict definition.  But since the asinine stricture against anecdotal evidence is often raised against a newspaper article that contradicts official truth and public doctrine, I regard such articles as anecdotes under a broad definition.  Like the true anecdota of private intelligence, such articles reveal the limitations, if not the outright falsehood, of what is generally known.

The guardians of official truth and public doctrine tell us that such articles are merely “man-bites-dog stories,” and I will readily concede that they often are.  People buy (perhaps I should say bought) a newspaper because they want to be shocked and surprised, and editors wish to see people buy newspapers.  But many of the anecdotes we find in the newspaper are not so much man-bites-dog stories as man-loses-at-chess-with-a-dog stories.

And I trust it is clear that your fundamental understanding of the world will be far more radically altered when you interpolate the second sort of anecdote.

If you spend any time reading old newspapers, you will find they are troves of anecdotes of this second sort. They reveal the limitations, if not the outright falsehood, of much that is generally known to be true about the past. I was reminded of this just the other day, when I read this anecdote in a local newspaper from a hundred years ago.

“News reached Brenham early Monday morning that the negroes at Hidalgo Bluff were thrown into a state of great excitement from the fact that Ives Johnson, a burly negro brute, had ravished the young daughter of Burl Sergeant, a respectable colored man. Complaint was filed before Justice Moore, of Precinct No. 1, and the officers are now on the trail on the inhuman fiend.  The girl is but twelve years old and her condition is critical.  The entire neighborhood where the atrocious crime was committed is worked up to a fever heat and it is possible that the negroes will endeavor to take the law in their own hands and if they catch the brute it will go hard with him” (1).

One day later the newspaper in the state capital related the anecdote more directly.

“Negroes of Hidalgo Bluff are much stirred up by the ravishing of a 12 year old negro girl by a burly negro man and are searching for the rapist, with the intention of hanging him” (2).

Hidalgo Bluff is a low sandstone ridge that overlooks the floodplain of the Brazos River about twenty miles south of here.  In 1895, the floodplain was inhabited by Black laborers, sharecroppers, and chain gangs on loan from the State Penitentiary.  The population on the adjacent bluff was about equally divided between Black and White.  Brenham, further back on the upland, was also mixed, but predominantly White.  Race relations were often fraught in this district, and sometimes broke down in violence and murder, but these anecdotes put a large question mark against today’s official truth of the Jim Crow South.

The longer item in the Brenham newspaper strongly suggests that Whites were outraged by this rape, that they respected respectable Blacks, and that the white man’s law took the rape of a little black girl seriously.  It also implies, as the second item explicitly states, that Blacks were not behindhand when it came to stringing up a rapist.

I do not know if Ives Johnson was ever captured or lynched, since I have not discovered a sequel to this anecdote, but that does not affect the meaning of this anecdotal evidence.  The Jim Crow South was not a sunny land of happy darkies plucking banjos on the front porch, but neither does it seem to have been the Manichean morality play of Mississippi Burning (1988).

That morality play is, of course, a dehumanizing stereotype, and that dehumanizing stereotype is today a hideous fixture in the official truth and public doctrine of this land.  The value of an anecdote such as this one about the rape of Burl Sergeant’s daughter, is that it places a question mark against this stereotypic generalization.  Stereotypic generalization may be saintly or sinister, but they are always altered by the interpolation of a relevant anecdote.

And sometimes they are destroyed in what Thomas Huxley described as “the slaying of a beautiful hypothesis by an ugly fact” (3). 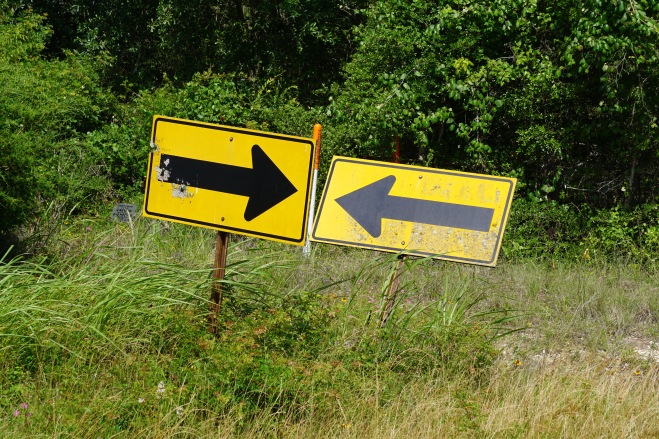 (3) Thomas Huxley, “Address to the British Association for the Advancement of Science” (September 14, 1870).

10 thoughts on “In Defense of Anecdotal Evidence”