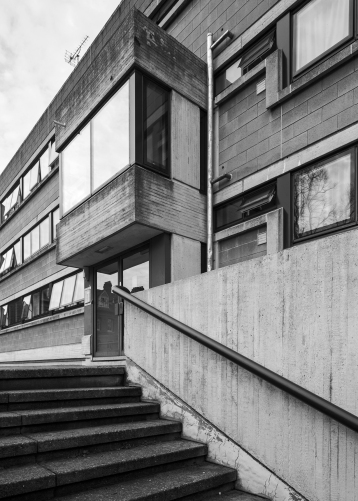 As the fall semester began in the first week of August at Upstate Consolation University, student radicals and their faculty sponsors, seeking solidarity with their fellow Social Justice Warriors elsewhere in the country, rallied in the Mehar Shandruff-Danpoo Multicultural Center and Cafetorium, formerly the Andrea Dworkin Memorial Housing and Parking Office, to announce their determination to overturn and smash all statues of Confederate Civil-War heroes currently standing on the teaching-college’s architecturally bland lakeside campus.  On leaving the rally, however, to go in search of offensive icons to topple and desecrate, the emotionally overheated crowd could find none.  There were various commemorative statues scattered about the grounds of UCU, but not only did none of these represent or honor any Confederate Civil-War hero, none represented or honored any Civil-War hero, or, with one exception, any participant in any war. This fact is perhaps unsurprising given that UCU was only founded in 1958, nearly a century after the Southern surrender at Appomattox Courthouse. The absence of targets nevertheless provoked the protesters maddeningly, causing them to retreat to designated “safe places,” where volunteers supplied them with pearl necklaces to clutch and offered smelling-salts to redeem the marginalized and oppressed from their debilitating white-privilege-induced vapor-attacks.

Among the persons whom sculpture has immortalized at UCU are three former Governors of New York State, all of whom advocated for the institution’s establishment and contributed to its construction fund in the early 1950s.  Represented in bronze and as standing together are Herbert Lehman, a Democrat, who served from 1933 to 1942; Charles Poletti, also a Democrat, whose term from the beginning to the end of December in 1942 remains the shortest of any “Empire State” Chief Executive; and Thomas Dewey, a Republican, who served from 1943 to 1954.  Six Lieutenant Governors of New York State also have statues at UCU, the best-known being the all-but-unknown Joe R. Hanley, a veteran of the Spanish-American War.  Other statues depict, for no known reason, Tin-Pan Alley- and Blues-singer Leon Redbone (born 1949) and Norwegian engineer Erik Rotheim (1898 – 1938), inventor of the aerosol spray can.

Leaders of the student radicals, none of whom had ever heard of the Spanish-American War, or for that matter of Leon Redbone, but many of whom enjoy playing with aerosol spray cans, declared these monuments to be “too offensively inoffensive” to justify the effort of destroying them.  A motion that the statues might merely be “shamed” on the basis of their “toxic maleness” received no second and was dropped.  This did not end the matter, however.

The next day, a student delegation demanded to meet with UCU’s new Provost, Dr. Measly Prudence, who followed the longstanding custom at his institution of taking the meeting on the quadrangle in front of the Administration Building, allowing the delegation to surround him threateningly, and meekly agreeing to make its agenda university policy while enacting it immediately by Twitter.  His pusillanimity was lauded by colleagues as note-worthily courageous.  Specifically, the students listed as a non-negotiable grievance that the absence of offensive statues unfairly deprived them of the opportunities of “resisting fascism” and “overthrowing the patriarchy,” thereby rendering them even more vulnerable to “the interlocking matrix of double subordination” than they were before coming to the university.  The lack of appropriately inappropriate statuary likewise reduced the number of “anxiety triggers” that students might experience during a typical day on campus, leaving many of them perpetually distraught over not being sufficiently offended all the time.

The list of grievances also mentioned the politeness and courtesy of the majority of UCU students, who, in the estimation of the radicals, were not committing enough “microaggressions” and who therefore obviously needed to be “taught a lesson about performing whiteness.” 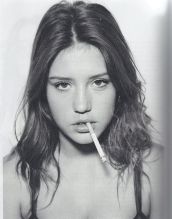 Shouting at the Provost through a megaphone from only three feet away, radical spokesperson Ayma Demmy-Hooker, a first-year graduate student in UCU’s Studies Studies Program, wanted to know what Prudence was going to do to address the issues.  Demmy-Hooker, a non-binary, cis-gendered trans-ableist who identifies as several people of color and who self-references using the pronoun ze, read from a prepared statement: “As we all know, the… er… columbusing of anticategorical complexity, even while leaving out the… uh… pinkwashing of complex intercategoricality, is, like, intracategorically antithetical to the advantaging of any process of iteration that… er… occurs superordinately along a single categorical axis.  I mean, duh, right?”  Ze then added, while raising zer fist in a power-salute, “Plus which, we will, like, challenge conventional thinking by accomplishing this goal through any means, both… er… necessary and unnecessary, and, like, possible and impossible.  I mean, duh, right?”

Convinced by all the big words in Demmy-Hooker’s impressive statement, which had in fact been written for zer by zer Studies-Studies thesis-director, Dr. Minky Winceapple, Prudence immediately contacted his administrative colleagues Dr. Ralstina Quispley, who serves as Pro-Tempore Deputy Manager of the Task Force on Hybridity Compliance, and Dr. Reddle Orvinbacher, who holds the office of Acting Assistant Deputy Dean of the Committee on Strategic Intersectionality, suggesting that they collaborate.  The three administrators assembled as an emergency committee in The Red Mobster, an Italian anarchist restaurant adjacent to campus, and during a mid-afternoon conference, drafted a proposal that went directly to Demmy-Hooker, seeking zer approval. 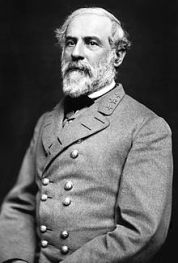 The bold plan would require the full cooperation of the Board of Regents, departments and programs at two of UCU’s sister campuses, and a local upstate aluminum foundry.  The Board of Regents would request the McGenius Foundation to redirect one of its Really Smart Guy endowments from a Downstate Polytechnic associate professor of astronomy who had recently discovered no fewer than six Trans-Neptunian Objects to a newly hired Eastern Tier Community College virtual arts instructor who had so far in his career done nothing remarkable but who would use the grant-money to sculpt life-sized Plaster-of-Paris representations of five Confederate generals known for their fierce loyalty to the South.  These were in the order of their estimated ferocity: Robert E. Lee, Commander, Army of Northern Virginia; Bryan Grimes, Commander, Fourth North Carolina Infantry; John “Reliable” Bratton, Brigadier Commander, Army of Northern Virginia; Allen Thomas, Brigadier Commander, Army of the Trans-Mississippi; and William Andrew Quarles, Brigadier Commander, Tennessee Combined Infantry.  Collectively the statues of Lee, Grimes, Bratton, Thomas, and Quarles would be known as the LGBT-Q Group. 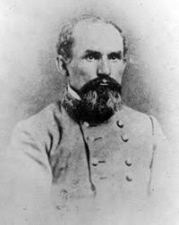 The local aluminum foundry, whose owner had been promised an honorary UCU doctorate, agreed to use the virtual-art instructor’s plaster cores as templates for the casting of hollow, light-alloy versions of the five representations.  The State Legislature would dip into its discretionary fund to enable students in the Mechanical Engineering Program at Western State-Line Vocational Institute to design and build mobile bases for the monuments and a hydraulic mechanism, to be installed inside each item, that would facilitate its toppling and – more importantly – its swift resumption of an upright posture so that it might be toppled again immediately and indefinitely.  As a lagniappe signifying their prowess, the Vocational Institute mechanics rigged up the statues so that their eyes would glow menacingly in red light in response to remote control, “like scary clowns.”

Although the gears of the administrative machine usually turn quite slowly, if implacably, once Demmy-Hooker had assented to the proposal, the project realized itself with extraordinary celerity. 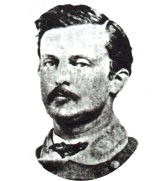 The LGBT-Q Group was indeed ready for delivery to UCU in the fifth week of the term.  The Prudence Committee, with the blessing of UCU’s President, the recently promoted Large Mahogany Desk, decided to make the statuary group’s arrival the occasion for a mandatory ceremony of consecration, to be held at night on the lacrosse field.  Demmy-Hooker suggested that it would be a victory for Social Justice if those participating in the ritual consecration and toppling of the statues would organize themselves so as, at the same time, “to humiliate and shame Nazis, racists, and  the Ku Klux Klan, or, like, whatever.”  The participants would achieve this by “counter-appropriating the white robes and hoods that the Klan had culturally misappropriated from the ancient Nubian priesthood, or, like, whatever.”

The suggestion met with unanimous enthusiasm.  All three members of the Prudence Committee would garb themselves in the recommended fashion, in white robe and white hood. So, too, would President Large Mahogany Desk.  As word of the upcoming ceremony spread, thousands of SJWs and Antifas from across the nation expressed their interest in attending.  In a surprise gesture, the CEO of a well-known Silicon Valley corporation provided the cash so that every attendee might have his transportation expenses deferred and might be dressed in white robes and a hood in a sign of perfect unanimity with all others.

In his speech after the torchlight parade with which the ceremony commenced, some thirty minutes after sundown, and after the ritual chanting of the slogan, “Not until we’re through – down with LGBT-Q,” Provost Prudence spoke to all those assembled.  He thanked the Upstate National Guard for its loan of a searchlight battery, remarking on the striking effect that the searchlight beams made, pointed in the absolute vertical, and creating “a great and ethereal colonnade of tolerance against the ebony backdrop of the sky – literally!”  A baseball bat, belonging to a member of Antifa who had participated in the removal of a statue in Louisiana commemorating Jefferson Davis, and who had traveled to UCU, became the center of an unscheduled but “deeply moving” parenthesis in the evening’s agenda.  Many of the white-robed and white-hooded UCU student radicals had also brought baseball bats with them and, in a show of solemnity that caused tears to well in many an eye, they approached the Sacred Bat in single file, where its owner stood holding it, gently touching their bats to his before retreating in respectful silence.

The LGBT-Q Group has proven itself a windfall for UCU’s coffers.  Being lightweight, it is easily and cheaply transportable.  Given the sudden shortage of Confederate-hero statues, a great demand for them has sprung into being on college and university campuses across the country, making UCU’s innovation very attractive, and very lucrative, not least because of the “scary clown effect.”  The traveling tour of the LGBT-Q Group is now solidly booked for the remainder of the academic year and is expected to pay for itself many times over.